The Manger scene, called The Nativity:
Joseph, Mary, and Jesus, the baby.
Some animals, shepherds, a star shining bright,
But there were no wise men with them that night.

Joseph, who was a carpenter by trade,
Obeyed a decree that his taxes be paid.
He and Mary's journey was quite vivid;
To Bethlehem they'd go, the city of David.

Mary, blessed for generations to come,
Was chosen to give birth to God's only Son.
Being great with child, she would soon deliver;
The Inn full, only a stable could they offer.

Jesus Christ, all the world's redemptive Light,
Was born in that stable one starry night.
His bed was made in a manger with hay;
Was wrapped in swaddling clothes; there He lay.

Shepherds heard from an angel the Good News:
The Savior of the world was born of the Jews.
They gave glory to God for what He had done;
And told others about the birth of His Son.

The wise men saw in the sky a great star;
They began their long journey from afar.
In a house, Christ was about two years old;
They gave Him gifts: Frankincense, Myrrh, and Gold.

This King was most worthy of the gifts given;
Christ willingly left the portals of a Heaven.
When God sent His Son, we were on His mind;
Through Christ, peace on earth can all men find.

The greatest story that's ever been told,
Is read year after year and never grows old.
The most wonderful gift that God could give:
Christ was born to die, so that we might live.

"Keep me as the apple of the eye,
hide me under the shadow of thy wings," 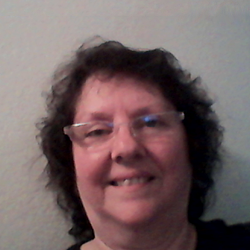