In the beginning, when life had its birth,
The Lord God created the heavens and earth.
At first there was nothing, just a void out in space
With a whole lot of nothing all over the place.

Then out of the darkness the voice of God boomed
His powerful presence invisibly loomed
He gave a command, "Now let there be light."
Colors and beauty then burst into sight.

God smiled and said "This is good and it's right.
We'll call the light 'day' and the dark we'll call 'night'".
With evening and morning, the day came to cease.
But God was not done, no not in the lest.

It was just day one of what God planned to do.
Then God looked to the waters at the start of day two.
He said, "Let us divide them above and below.
The sky and the sea." And thus, it was so.

God said on day three, "Let us now make some land."
So, up from the sea He caused mountains to stand.
He made plants and trees all carefully designed.
Bearing seeds and fruits, each after its kind.

There were ferns and flowers, pear trees and pines,
Meadows filled with grass, jungles draped with vines.
God looked at the plants and trees where they stood.
Then He smiled and said, "Yes, this too is good."

On the fourth day God looked out to space.
Each star in the heavens He put into place.
He gave them a twinkle and brightened their shine
Displaying His glory in their wonderous design.

Millions of stars He spread cross the heights,
And for planet earth, He gave it two lights.
The moon for the night and the sun for the day,
Giving us light to show us the way.

God on the fifth day made the sea come alive.
He made it a place where wonders would thrive.
He made jellyfish, catfish, whales, and cod.
Some beautiful to see, others just a bit odd.

God called them to life in schools and teams,
Filling the lakes, oceans, and streams.
When He completed the seas and animals there,
God turned His attention next to the air.

Birds of every kind, God placed in the sky.
The tiny hummingbird and the eagle up high.
Each feather He shaped. He composed every song.
He made some beaks short and other quite long.

The beasts of the earth were made on day six.
From giant mastodons to tiny little tics.
Wild hares, grizzly bears appeared on the land.
Each animal was crafted and carefully planned.

God made goats for the mountains and squirrels for the trees.
He made some with fur coats, so in snow they'd not freeze.
When God finished the animals and their marvelous design,
He said, "Now it's time, that we start on mankind."

From the dust of the earth God created a man.
Breathing into him life as only God can.
God said to the man, "Adam, you'll be,
And I give you domain over all that you see.

But to be all alone, good this is not.
A partner for you will have to be sought.
The animals are fine, but for you they won't do.
You need a mate that's designed just for you."

In order to fashion for Adam a bride,
God took from the man a rib from his side.
This He shaped to a mate to whom Adam could cleave.
A wonder of creation, whose name was called Eve.

When Adam awoke and to his feet stood.
He smiled at Eve, saying, "Yes this is good!
You have been made from my flesh and bone.
From this day forward we'll never be alone."

God said, "You two have now become one.
What I've joined together should not be undone.
You are committed, one to another.
A bond that is stronger, than to father or mother."

With Adam and Eve, creation was complete.
In only six days God accomplished this feat.
The fish in the ocean, the birds in their nest.
Day seven God said, "It's now time to rest."

What can we learn from the Creation story?
It speaks of God's love as well as His glory.
Our God is amazing. Nothing He can not do.
And He showed that again in the forming you.

You are no accident. Your life's no mistake.
God already knew you when He chose you to make.
He knows all about you, the bad and the good,
And yet always loves you as no one else could.

He loves us all in spite of our sin,
And sent down his Son to cleanse us within.
This new life is open for all to receive.
It is waiting right there for those who believe.

You are God's work which He formed in the womb,
And Christ chose you again overcoming the tomb.
God's work of creation is amazing it's true,
But His greatest wonder is the one found in you. 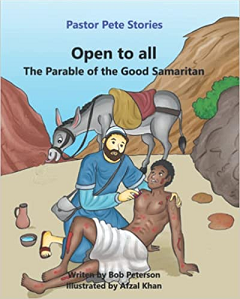 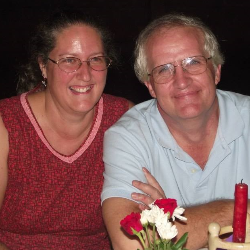