Fall and Rise of a Nation

'Depression, addiction and violence on the rise'
'Abortion, mutilation, disease, orphans and death'

And where were we, the chosen people
Who watch and see the signs of the times

In buildings with or without steeple
Just who has committed the worst of the crimes?

The season of Grace is ending, I fear
As cataclysmic events tear up our nation

His righteous anger, in the eyes of the SEER
As He strides forth bringing violent salvation

How could a God of love let this happen?
They indignantly cry out in this hour.

It started way back in a place called Eden
When the serpant was given all the power.

We can't afford to not listen or hear
The time of judgement, so now we pray

In Him we abide, in the shadow of his wings
Whilst the country grieves and changes

They focus on death now, and fear
Fully awakened to rancid, selfish ways of life

As the judgement ever closer draws near
His Word is upon us, it cuts like a knife

Our nation, its time for you to decide
No longer grey, now black and white

Evil, sickness, fear, domination and Pride
Or reach out to Father, His ways are right

To be a Great Britain, united in Him
trusting through fire, plague and flood

Alternative ways of life seem pretty grim
So reach out to Him, accepting body and blood

In seasons such as this, there is such redemption
The blindfold ripped off, hard hearts now broken

Saints, its time to arise and shine for our nation
To speak with conviction and pray in His will

Kingdom of God, On earth as in heaven
For a time such as this restore our nation

Speaking your words that don't return void
In agreement with you, no hesitation

For by you for this we are employed
To speak out THE RISE OF OUR NATION! 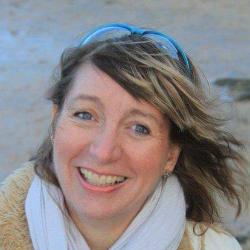