Bombs are exploding,
Bullets are flying,
The cries of the wounded,
The prayers of the dying,
The billowing smoke,
The searing of flames,
Death is searching,
Calling your name.

The rumble of armour,
Strikes fear to the heart,
The fighter jet sorties,
Blow buildings apart,
There's nowhere to run,
Just dig in and wait,
Keep your head down,
Leave the rest to fate.

Poisonous gasses,
And biological stews,
The chemical killers,
Are tested and used,
And then there's the threat,
Of the nuclear winter,
At the push of a button,
You're burnt to a cinder.

They say wars are fought,
To defend and protect,
Yet the poor fight and die,
But not the worlds elect,
Because money is power,
And power means life,
To all those accustomed,
To twisting the knife.

But the man on the ground,
Who's a pawn in the game,
Follows his orders,
Even if they're insane,
Although he is tired,
His duty's ingrained,
So he'll soldier on,
And supress his own pain.

The saints are the same,
Through day to day life,
Under constant attack,
In turmoil and strife,
As soldiers we march,
And as soldiers we're led,
Over obstacles placed,
On the world of the dead.

But our war is different,
From those of the Earth,
Our goals are eternal,
Planned before mankind's birth,
But we still tire,
From battle fatigue,
Due to endless onslaught,
From the Satanic league.

But like all wars do,
Our war too will end,
And then my dear saints,
We'll have time to mend,
So follow your orders,
And keep plodding on,
Till the final trump sounds,
And all war is gone.

AUTHORS NOTE:
We see it on the news every day. One nation of people at the throat of another nation of people. We sit and watch the news and shake our heads and say, "What's the world coming to"? But to the man on the ground doing the fighting it is a different story. The deprivation intense fear, exhaustion, hatred and disgust are with him for the duration of the conflict and why does he suffer them? Because it is his job. Weather he believes in what he is doing or not it is his job. In a world where Satan and his unseen army commands the hearts of unregenerate man, the goals and motives behind our earthly wars are usually power driven. The enemy must be defeated to achieve a better lifestyle for themselves at all costs. Well guess what, we as saints of God also are called for duty in a very different war, a war in the spiritual realm, but the feelings we get as we fight are similar to those of a soldier in an earthly war. We too get tired and fed up. We too are afraid of our enemies ability to strike us down and we too are polluted with feelings of hatred and disgust with our enemies. But unlike our earthly wars, our battles never end. They go on and on until the day we die and our eternity is sealed one way or the other. Sometimes the temptation to turn tail and run in the face of the enemy is strong. All we want is a warm, comfortable place to sleep, a good feed and safety. But this is not our lot. We must do our job, we must overcome, we must praise the Lord in all situations. As a soldier desperately fights an earthly war for his salvation, so must we. As a soldier looks to his commander for guidance, so must we. But when things get tough and the bullets are flying from all directions we have one advantage, our battle is already won!!!!! 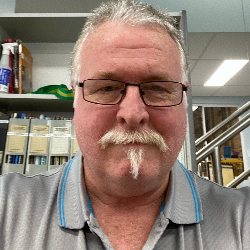