Scripture they could not comprehend
Prophesy that foretold of Him
So, without just cause to condemn
They decided to apprehend

Swiftly convened, the trial began
Matters quickly got out of hand
He forfeits His life, they demand
For calling Himself Son of Man

For blasphemy He has to die
The crowd called out, crucify
Hang from the cross for such a lie
Jesus stood and gave no reply

On bloodied back with cross to bear
Passing by those who jeer and stare
How fits the thorny crown you wear?
King of Jews, how shameful your dare

By hands and feet, they nailed Him fast
Just as prophecy had forecast
It is finished was His last gasp
The Son of Man had breathed His last

Dear Joseph, took Him to a tomb
There was reason for all to gloom
The Rose of Sharon ceased to bloom
To the apostles it was doom

In three days entered three Marys
To do what was necessary
Embalm Jesus, cannot tarry
Lest the body smell contrary

But before them to their distress
Stood an angel who did profess
He has risen, I must attest
Hasten now, you must tell the rest

Praise this Savior, glory on high
He who voluntarily died
So, at God's side He will abide
And His Church will with Him reside

Romans 8:39 neither height nor depth, nor anything else in all creation, will be able to separate us from the love of God that is in Christ Jesus our Lord.

This poem was a finalist in the June 2020 poetry contest 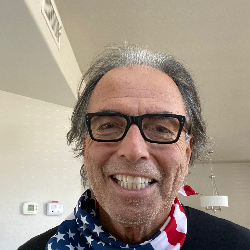